From Matrix to Westworld. Is AI “for” or “against” man?

From Matrix to Westworld. Is AI “for” or “against” man? 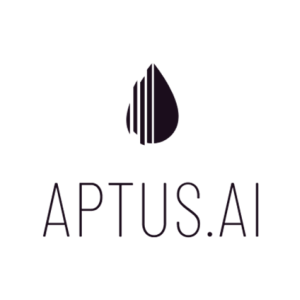 We are all got used to think of Artificial Intelligence as opposed to its creator, human intelligence. Human creative intelligence, to be exact. The creative essence of human intellect is essential to define it, as it remains the only trait that still distinguish it from the artificial one. If we look further into that, actually we are not so sure about that, as Artificial Intelligence is meant not only to substitute human beings in repetitive task and too complex calculations, but also to become independent, in a certain sense. Just think to GPT-3, the new language generator recently released by OpenAI. It is the largest language model ever created and is shockingly good. “Playing with GPT-3 feels like seeing the future,” Arram Sabeti, a San Francisco–based developer and artist, tweeted last week. This AI  accounts accounts for 175 billions parameters, that means an estimated size of 700GB, and it has been trained on 499 billions words, requiring 4,6 million dollars as computational cost (estimates from Lambda).

GPT-3 is so powerful that it makes ask ourselves if a technology like that is really for man or against him, as it seems to be a relevant step in the direction of human beings substitution. To be honest, this question can be extend to any technology or human invention which is created to make life easier or speed up long processes. Already at the end of 18th century, the French philosopher Jean-Jacques Rousseau was painting the technological progress as an enemy of human capabilities. In Rousseau’s opinion civilization has weakened humans, substituting some of their normal activities. Now, more than 250 years later, we are still asking ourselves the same question: will technology replace human beings?

But let’s return to Artificial Intelligence. Since the beginning of this century, many writers, screenwriters and filmmakers have been fantasizing about a kind of war between species: humans and machines. Just think about movies like Matrix, I, robot and Her, or also Westworld, the TV series by Jonathan Nolan, a master at facing topics such as the rise of human conscience and free will. The point is still the same: in their attempt to become immortal, human beings are creating machines which have more and more complex minds, to the point that humanity itself is put at risk as species. But, using the words of Robert Ford, the character who embodies a human creator of intelligence in Westworld, human mind is “the last analog device in a digital world” where “every piece of information in the world has been copied and backed up”. So human intelligence seems to remain irreproducible, even if less efficient and more unpredictable than artificial one.

And now, at this point, what does Aptus.AI have to do with this? We are neither writer nor filmmakers, but we have clearly in mind that any human production has to be meant to help humans in doing what only they can do: wonder, question, create, compare and take decisions. We don’t think of Artificial Intelligence as a chance to substitute humans, but as a disruptive and effective way to empower them, by freeing them from repetitive and low-value-added tasks. Our goal is to create and develop digital products that allow companies to speed up their workflows, saving professionals’ time for high-quality activities.

And we already do this. Our RegTech solution offers an interactive and intelligent legal inventory automatically updated in real time, adaptable to any sector that is ruled by laws or regulations. That is – literally – every single one. Turning to the healthcare field, our AI solution is dedicated to the Digital Imaging workflow, in order to support radiologist in the early detection of breast cancer. Here too our solutions is meant to help professionals in doing what they actually should do – as human beings. Our approach works. Besides, it can be extended and applied to any field. This is why we are looking forward to going on this path, exploiting our adapting technologies in many other sectors. Always aiming to empower companies and grow together with them.

Any cookies that may not be particularly necessary for the website to function and is used specifically to collect user personal data via analytics, ads, other embedded contents are termed as non-necessary cookies. It is mandatory to procure user consent prior to running these cookies on your website.